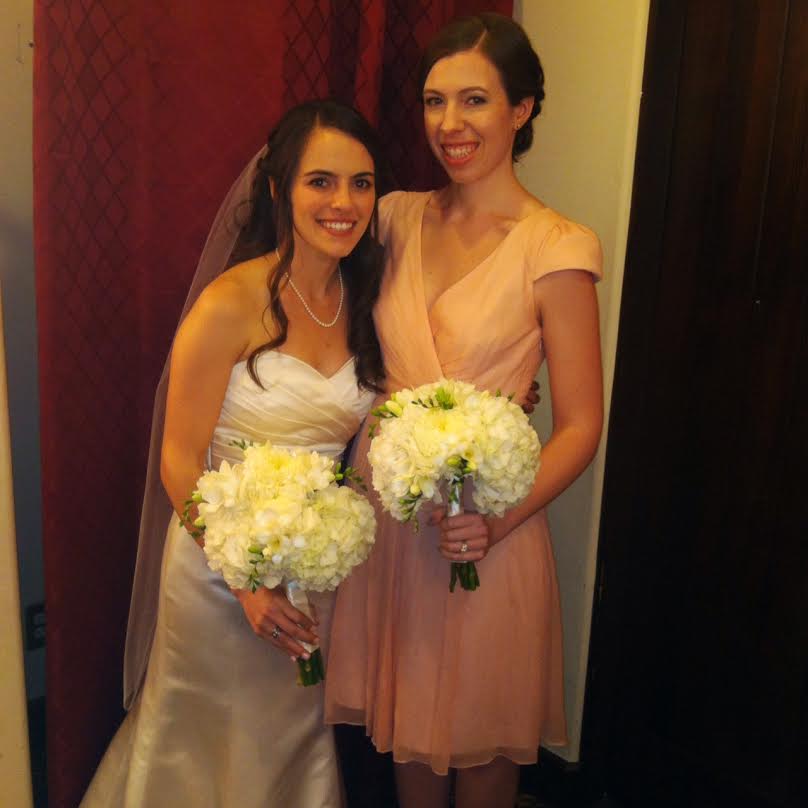 I had a wonderful time this weekend, celebrating the union of two of my dearest friends, Danielle and Luiken! I was given the honor of being one of her bridesmaids, which was so special and honestly so much fun. Here’s a quick snapshot of the festivities!

We started the weekend off with manicures and pedicures on Friday afternoon, in preparation for the big day. Nothing like some good old fashioned pampering to help you feel both relaxed and pretty! We then went to the rehearsal, where we had to explain to Danielle and her father that as he hands her off to Luiken, she should, at no point, be let go of, with no one to hold her hand, which somehow evolved into the idea that Danielle needs the touch of a man…W obviously kept things very serious…

After a few run-throughs, we headed over to Stone Brewing Co. in Escondido for the rehearsal dinner, which was very beautifully organized by Luiken’s sister. The food was also delicious! Four words: Sausage Macaroni and Cheese. We’ll leave it at that.

After a few impromptu toasts (I have no idea how people can just come up with these beautiful speeches on the spot) and dessert, us girls headed back to the hotel to try to get some sleep before our 4:30am wake-up call. (The hairstylist literally called us at 4:30am on the dot, to have us come let her into the room.) Before falling asleep on Friday night, we caught an episode of Full House; the one where Jesse and Rebecca get married, which we took to be a good omen.

The next morning (Is 4:30am really considered morning?) we all took turns getting our hair and makeup done. I later counted 65 bobby pins holding up my beast of a hairdo. There may still be some floating around in there…Only time will tell…

I don’t think I have to tell you what a beautiful bride Danielle made. The picture above speaks for itself. This girl is stunning on a daily basis. Put her in a wedding dress, with some fancy hair and makeup, and it’s like BAM! And I’m not even going to talk about how emotional we all were, but let’s just say that many tears were shed throughout the day.

The ceremony was short, sweet and simply perfect. And that kiss…nothing but pure love right there. I could not have been happier to have been a part of such a wonderful day.

I’m so excited for this new chapter in Danielle’s life. I know that marriage has so many great things in store for her and this is literally just the beginning! Only God knew that on that late September evening back in 2007, when we first do-si-doed in unison, we would one day stand beside each other on our most important of days. Danielle, if you get a chance to read this (It’s OK, if not! I know you’re living it up in Maui right now.), I want you to know how blessed I am to be your friend and sister in Christ. I pray for many, many happy years of marriage for you and Luiken!

A Rather Blustery Day

How ’bout them Santa Anas, am I right?! Today was definitely not a good day to wear my hair…

Gearing up for my friend Danielle’s wedding tomorrow! This hazelnut latte and chocolate chip muffin were the only…