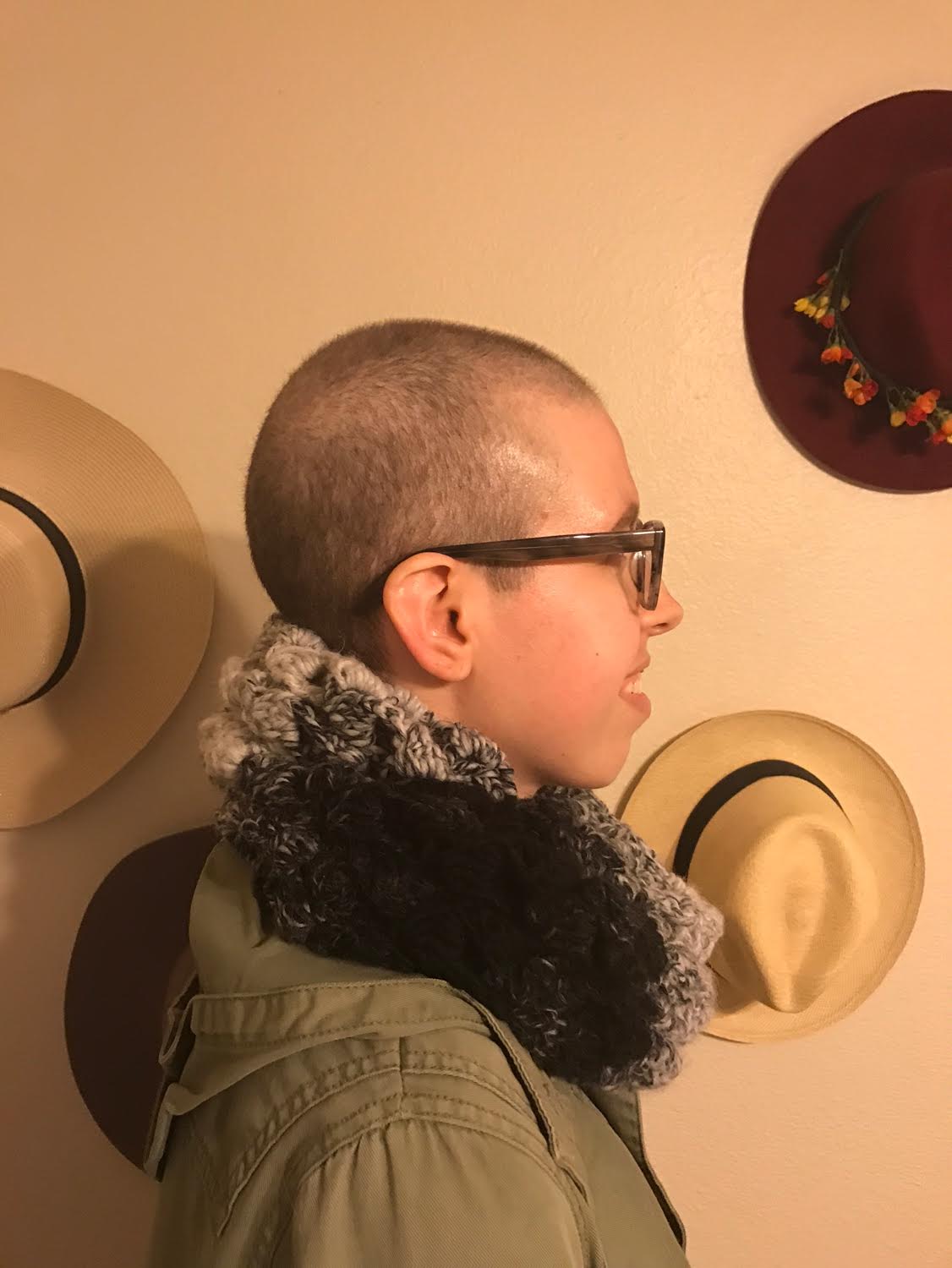 Hey, friends! After a week and a half of recovery following my surgery, I’m back with a new hair update for you! Technically, I posted one last week, but David wrote it, so it didn’t fully count.

David buzzed my head on Wednesday this week and even though it’s still super short, it really cleaned everything up. In fact, after he buzzed it, I went out in public for the first time in six months without a hat on. It was SO freaking cool! I mean, I definitely still got a few weird looks, but I’d rather have people look at me and think I’m like a badass hipster girl who shaved my head just to be different than have them look at me with pity. It makes me want to find a super hipster coffee shop in like North Park or something and walk in and have them think I’m one of them. I’m totally not...but no one needs to know that.

Anyway, I really think we’re going to start noticing some major week to week differences now. One of my oncology nurses had said that six weeks is when your hair really starts to take off. Crossing my fingers that’s true! Either way, I’m just happy to start feeling confident in public again. Plus, David says I look like a high fashion model, so that’s pretty cool.

Thanks for stopping by and I hope you all have a nice weekend!

Well, this post is long overdue! Here are my hair progress photos for weeks seven through ten post-chemo. I…

This past Monday, Chelsea had her double mastectomy. Everything went really well and she is doing great now. She…