Thursday was a very good day. I'll start off this post like we asked the oncologist to start off our appointment, with the test results.

We got both the PET scan and bone scan back on Thursday. The bone scan was completely clean, and the PET scan showed no areas other than the ones we already knew about! This was a massive weight lifted off us.

So, on Thursday, after I had rescheduled the bone scan and two appointments to that day, we started off with the genetics appointment.

In this appointment, they talked all about how cancer develops, how genes work, blah blah blah. The part that matters is that Chelsea will get gene tested to see if she carries the mutated genes that cause cancer or if the cancer was just a fluke. This is important because that affects the chance of it coming back, and may affect whether Chelsea will need a double mastectomy or not.

After the genetic appointment, the surgeon scheduler called talking about future appointments. I told her that I actually got us rescheduled to today since she had her bone scan at 2pm. The scheduler said, "No. That is not going to work. There is no way the results will be there in time." After some back and forth with me saying they told me they would and her saying she is going to call out whoever told me that, they moved the surgeon appointment back to next week.

I didn't really care, because we are starting with chemo, and the oncologist appointment was at 3pm. We were already on site for the bone scan when leaving the geneticist, so we went over just to see if we could get in earlier to get a little more time for them to get the results before our appointment. They said no, but gave her the injection she would need for the scan since we were there.

We went home, but got a call at 12 saying if you can be here at 1230 we can do the scan. So we said absolutely and got over there to get it early.

Chelsea champed through another pretty claustrophobic test and then we went home waiting to go to oncologist. This was an extremely nerve wracking time. We were either going to be extremely relieved or be completely crushed.

We spent the next 2 hours praying for good news, and also praying that we would leave knowing what we should do about fertility. We had hit the pause button on that because of the potential spreading from the MRI result, and had pretty much decided to not do it if the scans found anything so we could get started right away with chemo.

Even if the scans came back clean, we just weren't sure if we should wait the 2 weeks to do the fertility or just get started beating this thing. So, we were praying that God would tell us what to do somehow. Either through the oncologists strong opinion or some other way.

On the way to the oncologist I called the bone scan place to talk to them for like the 8th time about making sure the results were going to be in on time, and they said they had already been done and submitted. We said a prayer in the parking lot and walked in. After what felt like forever, we got into the room and a fellow came in. She asked how we were doing, we said we were super nervous about the results, so she started with that.

When she told us they were clean, we both burst into joyful tears. It was weird to be so happy, being like "It is only breast cancer!!" haha. We were just so ecstatic to know that it was just in the breast. We also found out that the lymph node didn't show on the PET scan, so that is good knowing it is very small.

We asked the oncologist about fertility, and she said that she felt very comfortable with Chelsea waiting the two weeks, and that if it was her or her daughter, she would absolutely do the fertility. This was definitely the confidence we needed, so we started doing the fertility stuff that night. 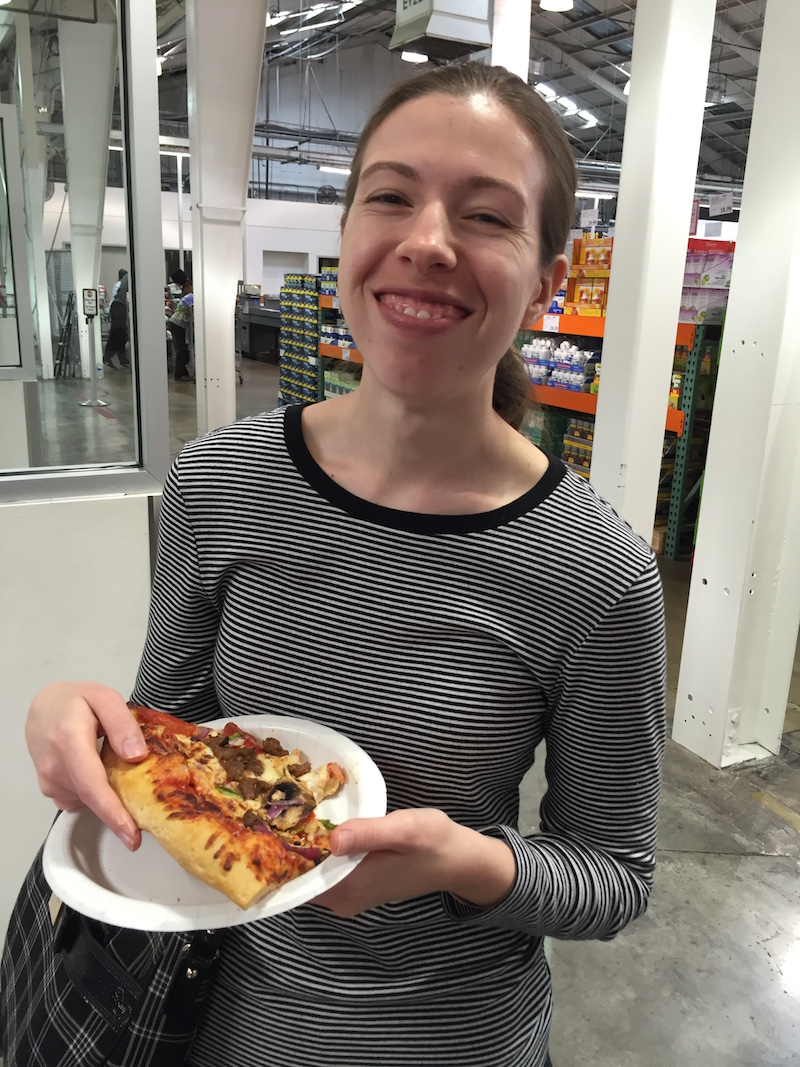 As I said in a past post, with fertility, Chelsea has daily blood draws and ultrasounds in the morning, and then at night has to do two shots herself at home. We were nervous about that because she didn't want to do it herself, and I pretty much become physically useless around needles. Luckily, one of our neighbors who are our friends is a nurse, and she offered to do them for us every night. This definitely makes it a lot easier having someone who knows what they are doing give her the shots.

Her bloodwork has all come back good so far, but the shots are making her definitely feel weird, which is expected when you're injecting stuff into yourself to get eggs ready to be harvested.

After the oncologist, we were just feeling so good and hopeful. Chelsea's whole attitude seemed to take a complete 180. After the MRI results, it was very tough for her. Thoughts of what people would say at her funeral, or how I would be once I'm alone, etc were consuming her. Just dark/normal human thoughts when you become fearful of whether you're going to live or not.

After the appointment, she said something to me that she hadn't said the whole time, "I'm going to make it through this aren't I." A hope that hadn't been there before was immediately ignited inside her and she could see the end of the tunnel and know she will make it there.

Chelsea went to physical therapy and it was just nice to be doing normal stuff. While we were there, we got a phone call from the surgeon. The surgeon said, "We got the bone results!" We were like, "Uh, yeah we know, I told you they said they were going to be in today, but you didn't listen!" Jk, obviously we didn't say that, but doesn't mean we didn't think it 😁.

Friday we both worked a full day, which was very nice. Just good to feel back in the normal routine.

Over the last few days, we have had good friends from both Huntington Beach and San Luis Obispo drive down to spend some time with us. We have also had some come over to pray and sing worship songs with us, or share a meal/coffee together. It has been very nice to stay busy and our spirits have been super high.

Chelsea is feeling very hopeful and positive, and while she is still having quite a bit of pain, it is easier to deal with pain when every twinge doesn't make you fear it is a tumor.

God's hand has definitely been all over this. In 15 days, we went from oh there is a lump, to having an ultrasound, biopsy, 3 scans and a scheduled plan of attack (chemo starts on May 19th). We were told it typically takes 1-2 weeks to even just get scheduled for a biopsy. There is no way God didn't line up all the schedules and have appointments waiting for us.

I also know it isn't a coincidence that some of our best friends live in our complex allowing us to go over there and just be with them during the hard times as well as some other friends who one happens to be a nurse. Both of these couples have played such a massive role in this process that without either of them, it would have been much more difficult for us. 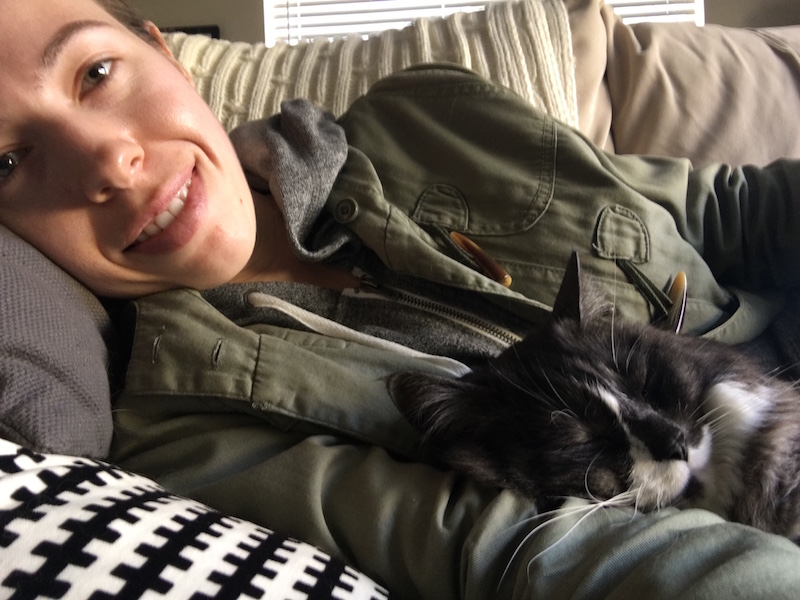 The support we have gotten has just be overwhelming in the best possible way. I feel like we are through the worst and hardest part (all the mental torture and fear of the unknown), and everyone reaching out and praying with us and for us really helped pull us through that time.

We still have a massive journey ahead of us, but we are feeling super hopeful and know that God is going to get us through this.

Thank you for being the pillars to hold us up through this time. We will definitely continue to need you and your support throughout this long journey as I'm sure it will still be hard, but I cannot express how grateful I am for the support you have been to Chelsea and me.

It has been a week since we last wrote and some major milestones have been passed. The biggest result…

Fertility and Not so Good MRI Results

On Monday we had our fertility consultation. They did an ultrasound of Chelsea's ovaries to see how many eggs…