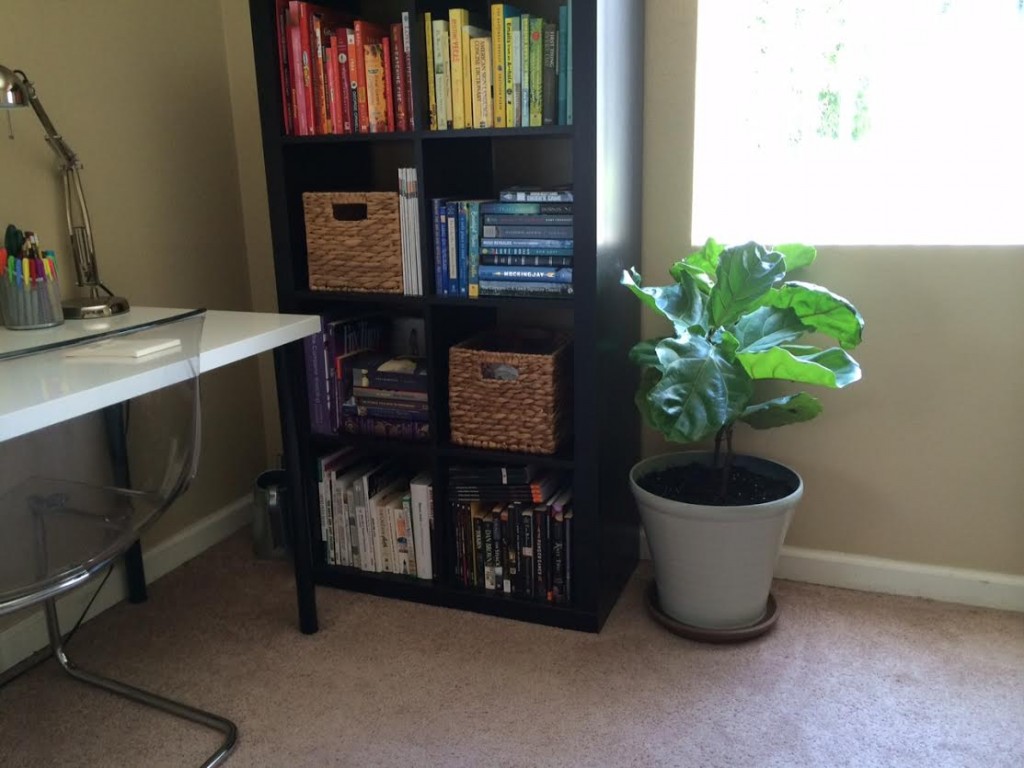 Remember that time when I blogged? Yeah, I know it’s been a few days… or months. But look, I’m still alive and well! I think I just went a little too long without writing and then after a while, I didn’t even know how to come back to it. I still kind of feel like that…it’s like, “Hey, how have the last six months been?” But instead of making idle chit chat about my extended absence, let’s just dive right back into things.

How have the last six months been? It’s funny, looking back, it doesn’t seem like anything of significance has happened. Though if you were to ask me in the moment of my day-to-day life, I probably would have given you some melodramatic answer about how my whole life is in upheaval and every day is filled with so much uncertainty. In-the-moment-Chelsea can be such a drama queen.

I guess I should elaborate for those of you who don’t know. Our current living situation has been a bit rocky for the past several months. We’ve been living in a condo in La Jolla (that we love!) for the last 2+ years. About a year ago, our landlord put the condo on the market to sell, which freaked me out until I learned that anyone who bought the place would have to honor our lease, which, thankfully, had just been renewed for another year, at the time.

Well, the year came and went. Every week, it seemed we had another potential buyer coming to look at our place. I’m a pretty clean and organized person, but I’ll be honest, it’s tough making sure your home looks immaculate and ready to show at all times. It got very old very quickly. Most people ended up staying for no longer than two minutes and didn’t even bother to check out the patio. David and I would stand there with fake smiles plastered to our faces as people would look with disdain at our tiny quarters. I don’t necessarily blame them. Our place is very small and in my opinion, overpriced.

After a year, our lease came to an end and we knew that at any moment, we could be asked to leave. But the condo had already been on the market for a year, with little to no interest, so it didn’t seem likely that we’d be going anywhere any time soon. I didn’t necessarily enjoy living month to month, but I also didn’t want to leave our cute, little condo, the rent for which was well under what other people in our complex were paying.

Sure enough, the day after Easter, we received word that the place had been sold and we were to vacate the premises within the next 60 days. Happy Easter to you too…I per my way, I  went into full-blown panic mode. David is much more level-headed and rational than I am and instead of crying over spilled milk, got to work immediately trying to find a new place for us to live. This proved to be more difficult than we had anticipated, and we quickly learned that we were paying literally hundreds of dollars less per month in rent than what the going-rate was. What a fun dose of reality. There’s nothing quite like having to slowly increase your price parameters on Craigslist because your original parameters show only 300 square foot studios.

We looked for what seemed to be weeks, to no avail. Nothing measured up to what we currently had and as I repeated over and over again to David, it seemed ludicrous to downgrade further along into our marriage. Wasn’t the whole point of growing up that you got to have nicer things little by little?! Maybe not, but still. It just seemed unfair.

We had several prospects that ended up not working out for various reasons. One of which being that the people who listed a particular condo on Craigslist did not, in fact, own the condo yet! They strung us along for weeks while the closing escrow date kept getting pushed back “one more week,” until we finally had to walk.

Then one day, we received a call that the sale of our place fell through and that we no longer needed to leave immediately. Well, I, being the stubborn and proud person that I tend to be, thought, “Screw them! We’re leaving! And this time, they get to know what it’s like to be up a creek without a paddle!” Really, mature, I know. But you have to understand that this came after a month of constant stress and uncertainty. I was not my best self at the time.

Well, after a few days, I cooled down a bit. We figured, we’d stay for as long as we needed to, but slowly look at other options; this time, on our terms. Everything seemed fine for a couple of months, until one day, we showed the place to a young man and his parents. My stomach turned the minute he stepped through the door and started verbally redecorating, beginning with the carpet, that just had to go. He seemed like the first interested buyer we’d ever had, opening drawers and asking a myriad of questions. We knew it was serious when they came back for a second look a few days later and then, upon leaving, sat outside our place for a solid 20 minutes talking with their realtor. “They’re figuring out what they should offer…” was all I could think.

That was enough to light a fire. We knew we needed to look a little bit more intentionally for a new place to live before we received another inevitable 60-days notice. It took some time, but I think after round one, I was in a much better place to accept having to move and likely having to pay a bit more for our new home. On several occasions, David even said to me, “Look, we’ve been paying well under what we should have been for the last two years. Let’s put that in the “win” column and move on.” He can be so annoyingly rational sometimes.

Well, we eventually ended up finding a place in our same complex (for a couple hundred a month more, I might add…). I was extremely apprehensive going to view it because it was listed higher than I was willing to pay and I knew that if the owner didn’t lower the price, I planned to walk. David agreed with me. Thankfully, she ended up being very willing to compromise and we were able to talk down the price to a more comfortable number.

After months of living in limbo, it all ended very unceremoniously. The owner chose us immediately and we signed the paperwork the next day. We move into our new place in less than two weeks. I’m definitely looking forward to finally feeling settled. I guess I told you all this to say that I’m a total basket case and you should never try to look for a place to live with me. No, I’m just kidding. I suppose all I can say is God’s timing is not always (read, usually never) our own, but ultimately, He’s got our backs and, as my boss would say, “everything always works out.”

So, that’s my life over these last few months in an inflated nutshell. Like I said, retrospectively, it doesn’t feel like much has happened. But I guess, some things have, so that’s cool because it gives me stuff to talk about.

Anyway, if you’ve made it this far, thanks for reading and congratulations on having a superb attention span for mundane life happenings. Hopefully the next time I write will be sooner than Christmas, but I can’t make any promises.

Love you all and hope you have a great Independence Day weekend!

Hello, friends! I know I’ve been extremely inconsistent in my posting lately, but I have not forgotten about…

Hey, friends! It’s FRIDAY!!! I hope you guys are as excited as I am! Today I’m going…