The Foundation for Something Amazing

This last week has been life changing to say the least. On Wednesday, Chelsea had her annual exam followed by an appointment with an oral surgeon, because she was worried about a bump on her tongue. In the morning, I accompanied her to the annual exam, mostly just to be there because of her worry for the next appointment with the oral surgeon.

I was waiting outside, but everything was going normal until the end when they checked Chelsea's breasts for any lumps. The doctor found a lump on one side, and said that it didn't seem like a big deal, but suggested she go get an ultrasound anyway.

Despite the doctor seeming calm, this created immediate shock/panic/stress at the mere fact that there could be the possibility of it being something serious. Standing in the stairwell, we called the ultrasound center to see about an appointment. We got extremely lucky that they happened to have one later in the day.

It was about noon and the appointment wasn't until three, so we went home and tried to pass the time without freaking out (pretty unsuccessful).

After they performed the ultrasound, they found 3 problem areas that they said need to be biopsied. Again, this increased the stress and panic, hoping that it be anything but cancer.

We got a call later that night to let us know they were able to schedule a biopsy the next morning. It was crazy that we were able to get in the next day, because we had been told it could be a week or two.

At the biopsy, the scheduler actually told Chelsea that she had been thinking about her all night after she got the appointment because they never have open appointments like this. The appointment had become available before we even had the ultrasound scheduled, had not been taken by anyone needing a biopsy, was then opened up to take even any new ultrasound patients, and still lasted all the way for us to be able to slide in. She even told Chelsea that this appointment was meant to be hers because something like this never happens.

After a long night and morning of both of us being nervous and me constantly trying to convince Chelsea that there is no way she has cancer (no family history, so young, could be any number of things showing up on the scan, anything else I could think of), we went in for the appointment.

I again had to sit outside for the two hour procedure, but inside Chelsea was being extremely brave. While doing the biopsy, one of the doctors said to her, "Did you take any anti-anxiety meds this morning", to which Chelsea said, "No, should I have?" The doctor then told her, "No, you were just so calm, it was unusual."

After they finished, they said the results would most likely be back on Monday (it was Thursday), but we were praying for them to come back Friday so we could celebrate knowing she was fine and relax for the weekend.

After no call all day on Friday, Chelsea left work and was on her way to come pick me up when she got the call. She pulled over and was told that they had found cancerous cells.

After picking me up, the rest of the drive home, we were both in shock. It didn't seem real and while I felt completely speechless, Chelsea was saying she is going to be strong, fight this, and beat it. 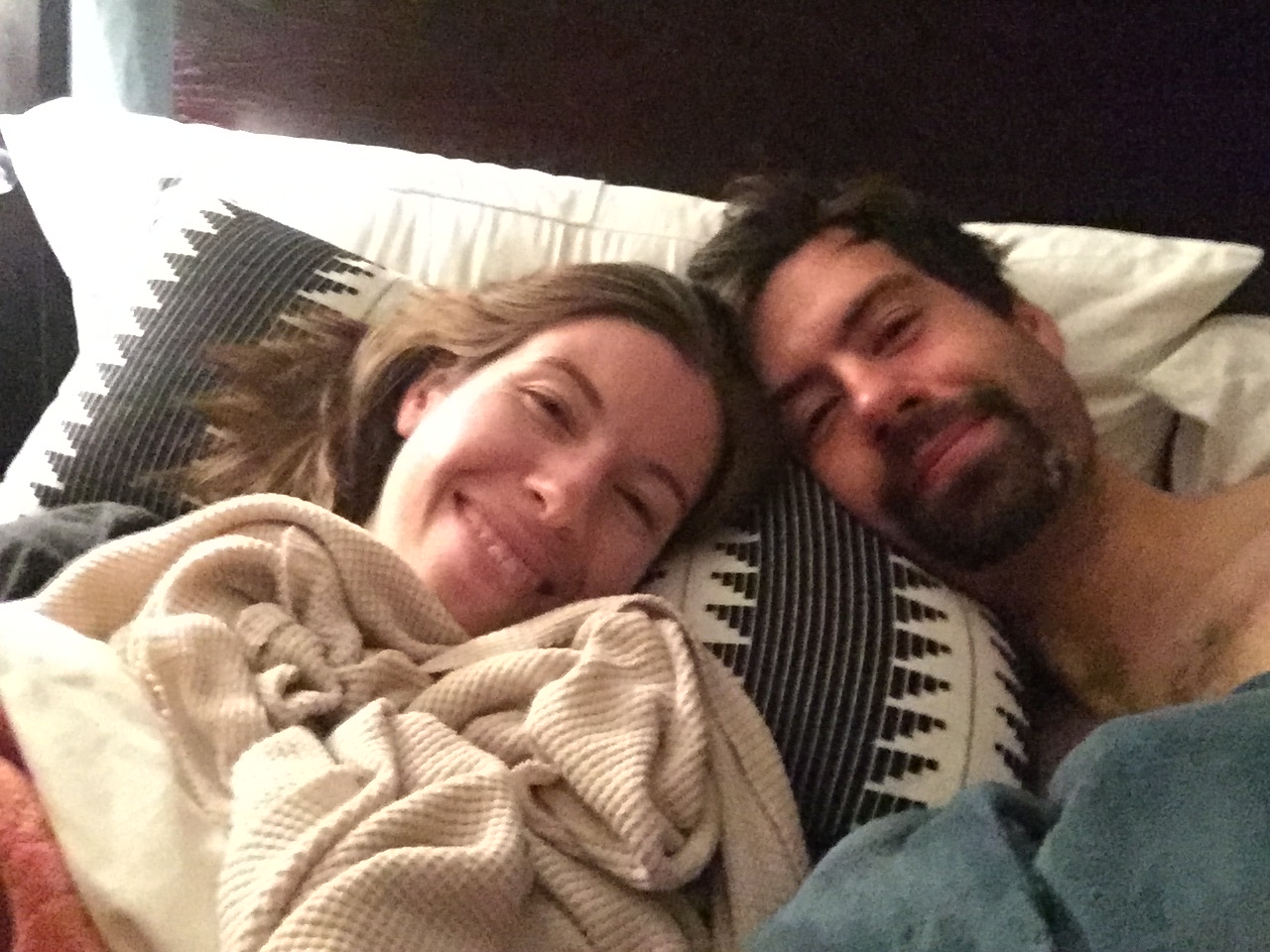 After we got home, we started letting people know what we had found out. We didn't have any information really, just that it was there, but wanted people to start praying and joining with us.

We have some amazing friends who also happen to live in the same apartment complex as us, so, rather than us sitting at home alone all night, they made us dinner and just let us be there with them for a while.

Throughout that night, and the next day, the number of encouraging texts and phone calls that came in were incredible. One theme from everyone was that while they may be sad and scared with us, they all seemed extremely confident that it would be ok.

Chelsea's Mom and basically here second Mom came down for the weekend and were able to be with us to help encourage and just spend some time doing other things. It also just happened to work out that my Mom (2x cancer survivor) and Dad were also going to be in town this whole week babysitting for my brother. It was definitely not a coincidence that so much family was able to be here. 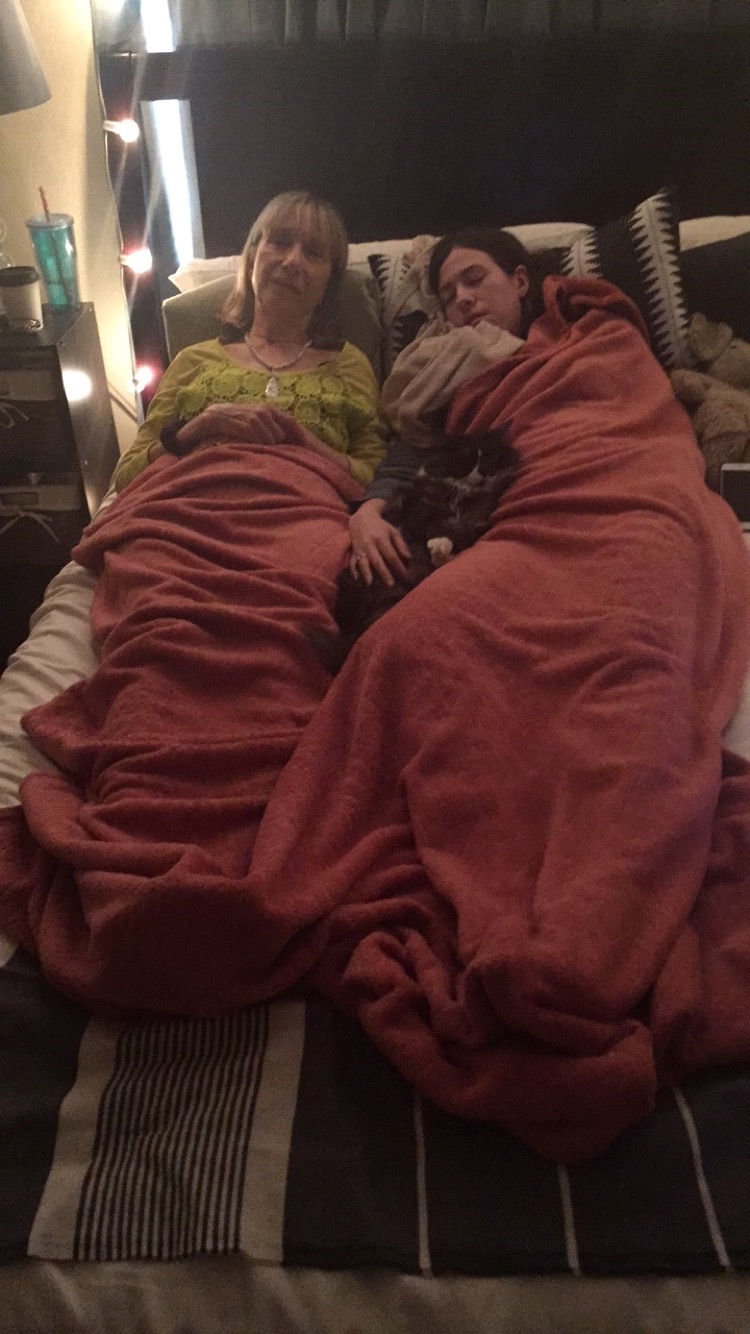 Sunday morning, we went to church early to help set up like we usually do, but it quickly became overwhelming. Knowing that we will be seeing lots of people wanting to pray and hug us, it just felt too real and like too much. Needless to say we did a lot more crying than actually helping.

One of the pastors, who also happens to be one of my closest friends, and the church director took us aside and just talked and prayed for us for a little while. They then asked if it was ok to pray for her in front of the whole church. We said of course.

After a sermon that was seemingly written for us, they called us up and prayed for us. It was a little overwhelming and a position I never wanted to have to be in, but also incredible to see the community rally around us like that. Best friends and people we may have never seen all reaching out in support and prayer.

Afterwards, the number of people who came up to us was amazing. A woman we had never met who is a local nurse giving us her number to call day or night with questions, to other breast cancer survivors letting us know they are happy to talk whenever we need it, to people just letting us know they are here for us in whatever capacity we may need. It was an unbelievable moment of an amazing group of people willing to fight with each other through the toughest moments.

It has only been 5 days, but God has already shown up throughout this entire process. The fact that we went in for a regular checkup Wednesday morning and then was able to have an ultrasound, biopsy, and the test results by Friday was crazy. I definitely agree with the nurse that these appointments were saved for us. At this time, we are still in the unknown other than we know its there, but waiting not knowing seems to be the hardest part, so being able to blitz through all of that was a massive blessing.

At the beginning of this year, our church had us pick out a word for the year. Chelsea's word for the year was perspective. This is something that even in the last few days has really had its light shone on. Chelsea even said, how quickly the problems at work and in life that were so stressful just seem to not really matter at all when dealing with this. We have a ways to go, but already, there has definitely been a perspective shift.

My word for the year was alongside. I chose this word meaning to learn what it looks like to walk alongside God in the seemingly monotonous and "boring" times of our days/lives. However, this word has taken on a whole new meaning as I will now be standing alongside Chelsea in this battle. These words were obviously given to us for this.

The word perspective is a seemingly dangerous word to have in our church. Last year, a friend who had it got in a horrible biking accident and was millimeters from being paralyzed, and this year, Chelsea has this going on.

There is also the parental schedules of both my parents and Chelsea's Mom being able to be here at the beginning of this process, which is no doubt something God had set up.

Throughout the last few days, the main prayer for us has just been for peace. We pray that God would just wrap her in this blanket of peace and assurance of knowing that he is there and he is working. Despite human nature taking her mind down horrific paths of worst case scenarios, the feeling of peace is always there to help right the ship.

Shawn talked to us about the story of the disciples on the ship when they are out at sea with a raging storm. How they started freaking out, lost faith, and felt like Jesus wasn't helping. So, they go find him and are like, "bro what are you doing, why aren't you here for us" (loosely translated). That truly feels like how this journey has been so far. A constant back and forth of huge storms expecting the worst horrible news, going to Jesus and asking or help, him calming the storm, then our mind lose that faith bringing the storm back and having to ask for help again.

What is Coming Up

We should find out today when Chelsea is scheduled to get the MRI. They are expecting it to be sometime on Tuesday.

She also has an appointment with a breast surgeon on Thursday. We are hoping for more answers and good news from these.

What we Need Currently

If you are still reading this thesis of a blog post, I just wanted to say thank you for taking the time to share in this with us. We both know that as Chelsea has been saying, "This is just a bump in the road". We will get through it and come out the other side as stronger/better people.

I know God is going to use this in some way. I am not sure how that is going to pan out, but I am confident that this is not a death sentence, but rather the foundation for something amazing being built.

Jesus isn't scared so we don't have to be

From the Bottom of My Heart

Wow...words cannot even begin to describe how incredibly touched and humbled I am by the amount of love…

Hello, friends! I know I’ve been extremely inconsistent in my posting lately, but I have not forgotten about…